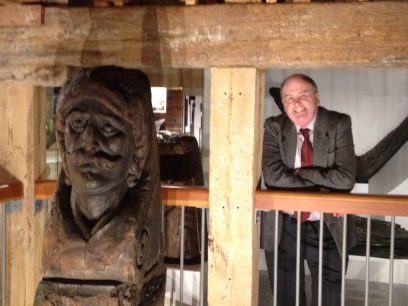 Ian was born in North Hertfordshire, some thirty miles from London. Educated in local schools, he went on to study at the universities of Lancaster and Leicester.

He became a freelance writer, historian and museum consultant in 2007. His work since then has included both museum and media consultancy work. He also give talks and leads guided walks, as well as writing both fiction and history.